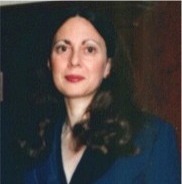 I was born twice (no, I’m not a Born-Again Anything). The first time in 1950, squalling in a Manhattan hospital. I continued to cry non-stop (driving my mother nearly nuts) till I began to talk in full paragraphs at age 10 months. Right from the start, I obviously felt an urgent need to say something. The second time was when my doctors stood at my hospital bedside and told me I would not survive another New York winter. Shortly thereafter (or so the story goes), my loved ones tossed me into a gunnysack, put me on a airplane, and I awoke in San Francisco looking out at the Pacific Ocean. I tried then to tell myself it was not the end of the world, only the landmass. But I knew I was wrong. I knew it was the end of the world -- at least the world as I had always known and loved it. And so at age thirty-four, I had to construct a whole new life made of the tatters left behind from years of illness and ill luck.

I wish I could say that the transition from being a teacher to a writer was oh so easy. That instead of discussing literary works and their social issues (and my opinions of these) in front of a captured class of thirty, I simply now put them down on the blank page to be read by a discriminating unknown few. However it was very difficult; I was too ill to attend "The Workshop" or any classes or even writers conferences. But I did have one piece of good luck: I knew an extraordinary teacher and became her pupil. For I had been (and still am) that teacher. As one student in my adult education class on Shakespeare (it was the second of a two-parter) put it, "Susan, you could teach the Jerusalem phone book and I would show up in your classroom to study it." I waved this aside, "Well, it would have to be the Yellow Pages. Even I couldn't make the White Pages enthralling." There were many calls of "Not so!" from those who had been in the first parter.

And so I apprenticed myself to myself and for many years worked on short stories that were elegant and crisp and read as if they were made of cut-glass. They were uniformly rejected with the most lovely letters saying, "This is not quite right for us." and "Try us again." (the three little words of freelance writing). But I knew my stories wouldn’t succeed. It was clear to the teacher in me that if I (the student in me) could get Tone and Point of View down right at the start, my piece would work. This, I knew, pretty much added up to Voice but as a writer, my voice remained muzzled. And I knew it.

Why? Because all my life I’d been the very best friend anyone could ever want. And ever since my first friend, Janey Summers in First Grade, I had wanted to find a friend who was to me as I was to her. And I then did. I found someone who instinctively responded to my needs as I did hers. And I could never have done anything to jeopardize that friendship, deeper almost than any other love. But she was a writer. A writer of Creative Nonfiction. And I knew if I turned to writing personal essays, using my own voice, that I would be competing with her. And I might even outstrip her modest success and I could not risk that.

How that friendship came to an end is not relevant to this tale. But when it did, I was able at last to speak in my own voice on the printed page. I wrote a personal essay and sent it out to a much respected magazine and it was accepted. I wrote a second and it was accepted at yet another respected journal. And another. And another. Each piece I wrote was published the first time out. Then one day, I received a little note attached to an essay I had submitted to Ontario Review. It was from its editor, Joyce Carol Oates, and written in green ink (didn’t you think she would write in green ink?) and it said how much she had admired my essay and wanted to publish it. And at that instant, I knew I had arrived. And I knew I would be heard.

Publications List
A listing of all my current publications, with a brief explanation of each, with links to the complete archived texts (where available) as well as to the journals in which they appeared.
Habituated By Art
Discussion of Nigel Spivey's Enduring Creation, an innovative work analyzing why pain, illness and death leads to art.